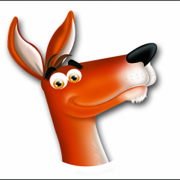 Personality Types have become very popular in recent times. In fact, since the introduction of the Myers-Briggs model of Type back in the 1930’s and 1940’s, which basically built upon the Swiss Psychologist Carl Jung’s theories, understanding Personality Types has become a multi-million dollar global industry. Everyone from the ordinary person in the street, to the student selecting their high school subjects, or the business executive who is managing people, even individuals visiting online dating sites, suddenly seems to have access to a wealth of information regarding their own nature.

As a result, more and more time and resources are being invested into both developing new systems, and improving our understanding of existing ones. In this field it is the United States of America that is leading the way, which is in itself no great surprise given that Americans are the biggest ‘Type-Watchers ‘in the world. What is a surprise though is the direction that some of this new-found knowledge is taking us, whereby what was once seen to be primarily a corporate tool, is now being applied to social issues such as education and the prison system. Understanding of Personality is becoming increasingly universal in its application, as well as more societally relevant.

A good example of some of the research now coming out of the U.S. is the link between personality type and culture, as highlighted in the book ‘Differentiation through Personality Types’ by Jane Kise. She talks about the studies done on African American Learning styles,(Deplit, 1995; Fiske, 1991; Hale-Benson, 1982; Ladson-Billings, 1994), that all showed a strong bias towards Extraversion and Sensing, along with the studies of Melear and Alcock in 1998, that also showed a clear preference for Sensing and Perceiving (SP’s). The ramifications of these studies become clear when we understand that SP’s make up only about 5% of teachers in the US, and so the opportunity for anyone with an SP preference to be taught by someone with a similar set of preferences becomes greatly diminished, and subsequently likely to be more at risk of disengaging through boredom or lack of connection.

Given that in Australia, no great investment of time or resources seems to be given to understanding the link between personality and behaviour, I started doing my own research using personality types with disengaged youth back in 2002. As a Myers-Briggs practitioner I was surprised at what I found, and much in the same way as there are strong similarities between North American culture and our own, there are also strong similarities between the results that an awareness of personality types offers us. I too noticed a strong bias towards SP’s when dealing with the problematic kids, the one’s that did not ‘fit’ the traditional school model. As a result, I started working with schools and with teachers in an effort to better understand exactly how the dynamics of personality types was playing out in the schools and classrooms across Queensland where I live.

It was also around this time I started using a model of personality of my own creation, Aus Identities, which is based in part upon the work of American Psychologist Dr. David Keirsey, who spent over 30 years applying his model of type to the Californian education system. Keirsey linked selective personalities from the Myers-Briggs model, to four core types that his own study had led him to identify. While Keirsey used fairly abstract terminology to identify his core types, I chose the characteristics of four well known Australian animals to highlight personality and differences in behaviour. These animals are: the Eagle (NT); the Dolphin (NF); the Wombat (SJ); the Kangaroo (SP). Since the introduction of the Aus Identities model, there have been around 10,000 students, both engaged and disengaged, and more than 3,000 teachers across Queensland who have been ‘typed’.

The results of this research have been very revealing, and mirrors almost exactly what Keirsey found when dealing with the educational system in California. Namely Wombats (SJ’s) make up between 60-70% of teachers, and Kangaroos (SP’s) make up around 5% of teachers with a strong bias towards manual arts and physical education. While Eagles (NT’s) and Dolphins (NF’s) make up the rest of the teaching staff, they also appear in disproportionate numbers, with Eagles being almost completely absent from primary education, and only making up around 10% of high school teachers. When it came to working with the students, again the numbers were equally similar and disturbing, as we found that around 90% of the students that were disengaging or at risk of dropping out, were in fact Kangaroos, the type identified by Keirsey as the most problematic within main-stream schools.

If indeed these findings are accurate and paint a true representation of Australian indigenous culture, it would mean that by virtue of their innate personality preferences they would be 2-3 times as likely to fail the traditional school model, and as a result, would be 2-3 times as likely to become unemployed, at risk, or even young offenders, as their non-indigenous classmates. The ramifications are actually quite significant, as it would mean the whole idea of closing the gap, which is a great concept in its own right, has been assigned to the wrong demographic.  Instead of being directed simply at Indigenous students, closing the gap needs to be targeted at all Kangaroo personality types, indigenous or otherwise, as there also exists a huge disparity among non-indigenous Kangaroo personality types when it comes to failing school and falling through the cracks of society.

The question of what do with these Kangaroos, irrespective of whether the link between culture and type in this country can be proven, has already been given to us by Keirsey and his contemporaries, of whom there are many, and the many years spent working with these same issues in Californian schools. The solutions are not that difficult and would certainly not necessitate the ‘tearing down’ of the existing model. Just by making a few fundamental adjustments to the way we run and operate our schools, and the ways in which we recruit and train our teachers, adjustments that are already happening around the country and around the world, we may be able to bring about profound changes for the estimated 40,000 or so students that disengage from Australian schools each year.

Surely it must be one of the greatest failings of the current educational model that so many students end up believing they have so little of value to offer society. This becomes especially true when this concept is applied to an entire race or culture, as may well be the case with the indigenous people of Australia. Apart from the human toll taken on the parents and teachers of these failing students, the cost to society of ‘wasting’ the most precious of all our resources, namely our young people, is huge and a travesty, not least because this is happening at a time when creative minds such as Keirsey et al are offering us a relatively straightforward and uncomplicated model for change. To find out more about the work we are doing, please visit www.ausidentities.com.au

Is education the problem?

What do teachers want?
Scroll to top