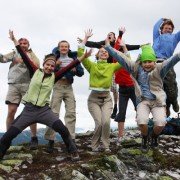 People sometimes ask me why I do what I do. Running a business can be a thankless task at times, and one dedicated to supporting a non-voting portion of the population on their journey through a dysfunctional education system can be especially so. My answer to their question is in part because of the challenging time that I had at high school.

If someone had come along and simply shared this information with me, namely that people are born different, it just might have changed things for me. Actually, when I did receive this information for the first time I was well into my 30’s, and it did change things for me, quite dramatically in fact.

Up until that time I had carved out something of a career for myself in hospitality, which had its own rewards, but at the end of the day was something that I probably stumbled into for the lack of a more suitable alternative, like a lot of people do. Had I known then what I know now, I may not have gone down that path and things would be very different. Perhaps there is such a thing called destiny, and our lives are pre-planned for us, but that is a discussion for another time perhaps.

Once I began to understand just how important it is to recognise and value differences between people, I decided to go back to uni and study subjects more consistent with my personality, and what a difference that made. I was an A grade student for the first time in my life, and I made it look easy. In fact, the stuff they gave me to read was exactly the same sort of material that I would have chosen to read as a past time.

I never did complete that degree though, as much as part of me wanted to. The more time I spent studying the more I realised that what really rocked my world was sharing my knowledge of differences with others, and a lot of the materials that I would have to have studied would have taken me further away from where I wanted to be, not closer. Besides, once I had figured out that I had a modicum of intelligence, something that I had doubted in myself since high school, I could not wait to challenge myself in the real world.

The first step I made was to be trained in suicide prevention through Lifeline. I had gone through some dark times in my own youth and I wanted to reach out to kids in similar places. I could not sustain that though. It was altogether too much for me, consistently meeting with kids in dark places, and actually when I come to think of it they were not all kids either. I began to look at ways to reach out to people before things became so bad they started to consider self-harming. 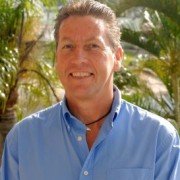 “So began my journey into youth work, training, coaching and counselling, and what a journey it has been. If I had known how tough it would get sometimes, I may not have gone down this path but I did, and now I am starting to make an impact. Today, while I do not discount the value of counselling and similar therapies, I have backed off a little in my efforts to heal people. What I have found more and more, is that if you give a person enough knowledge about themselves, and put something of a support mechanism in place so they are not entirely left alone to figure everything out, many troubled kids will in fact turn their own lives around. That is why I do what I do.”

So when I look back over my own life and experiences, and the experiences of so many young people who have crossed my path, and ask myself what is it that has made the difference I would have to say that it is knowledge of self. This in turn has lead me to believe that the greatest gift we can give anyone, young or old, is the permission to be themselves. When we truly know who we are, we can begin to accept who we are, and to make decisions for our life that are consistent with our innate nature. We can even begin to accept and forgive others, for we can all be like blind people stumbling through the dark at times.

We are all different: A brief history

Is education the problem?
Scroll to top